RSS
← Panic Among Some In Central As Population Shrinks and Thus Reducing Political Clout and Dominance
BBI Is Made Public; Now What? Part I →

Baba Congratulates Amran Okoth, So Do We 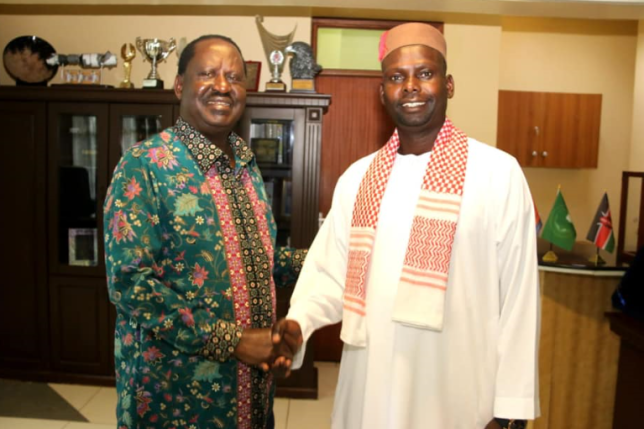 ODM leader Raila Odinga has congratulated Imran Okoth for being elected as Kibra MP and, of course, we all join in congratulating Okoth.

Congratulations to Baba, too, for pulling this one off as the never stopping to even breath political enemies and naysayers were ready to declare him politically finished were Okoth to somehow not be the declared winner.

Indeed, it is sweet victory and how befitting that Baba has dashed the hopes of those who have been scheming and plotting to defeat and embarrass him!

That being said, it’s not lost on us this was victory at a major skirmish but even bigger battle rages ahead in BBI implementation and, of course, 2022, which shall be the crowning of all Raila victories.

The mother of all victories, that is.

And we’re here to help the president and you achieve this objective and by “we” I mean the majority of Kenyans that believe in the handshake and ultimate implementation of BBI and are ready to do their part in making sure that happens.

Posted by Samuel N. Omwenga on November 8, 2019 in Politics

← Panic Among Some In Central As Population Shrinks and Thus Reducing Political Clout and Dominance
BBI Is Made Public; Now What? Part I →