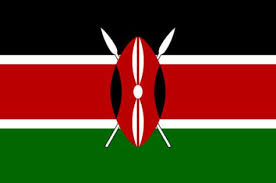 In Jubilee Election Law Evidence of Rigging, I make the case the recent shameless ramming through of new election laws was illadvised and backward.

Japan sits in one of the most earthquake prone regions in the world so after many decades of research, the country now also has the most advanced earthquake early warning system that already prevented widespread injury and saved thousands of lives.

In other words, when the Japanese realized Mother Nature is never going to give them a break from these disastrous earthquakes, they did not throw up their hands in exasperation and say there was nothing they could do; rather, they went to work devising not just early warning technologies but also better building codes to deal with the menace.

Earthquakes are to Japan what rigging is to Kenya so, like the Japanese, the opposition must study the warning signs of rigging and devise ways to counter it as effectively as the Japanese have done to earthquakes.

Jubilee MPs just shamelessly rammed through amendments to the Election Law that are designed to give their party legally sanctioned opportunities to rig.

So, the better response has to be first and foremost the opposition coming together and then formulating a strategy to defeat Jubilee much as was the case in 2002 when the opposition united to defeat Uhuru then who was considered Moi’s project to extend his presidency.

There’s a simple formula for this to be done; reward Raila for his life-long quest to make Kenya a better country by making him the flagbearer for the opposition much as the person he toshad was in 2002 but edge an agreement in stone that his will be a negotiated one term presidency and hand over the mantle to his successor in 2022 who will be nominated by ballot in the new coalition primary election or whoever can convince the other leaders in opposition to endorse him or her.

If that is done, no amount of rigging will keep Jubilee in power beyond 2017.

Saying no amount of rigging will keep Jubilee in power beyond 2017 recognizes in that assessment the presumption that the newly minted Chief Justice David Maraga and a majority of his colleagues like Justice Lenaola who have always demonstrated their soundness in judgment based on fact and law, not emotions or inappropriate influence, will do the right thing and refuse to validate rigged elections where there’s glaring evidence of same presented.

The shameless ramming through of these undemocratic and backward amendments is Exhibit A of that evidence.